What are the most popular smart switches in 2022？

Smart switches are in the ascendant. 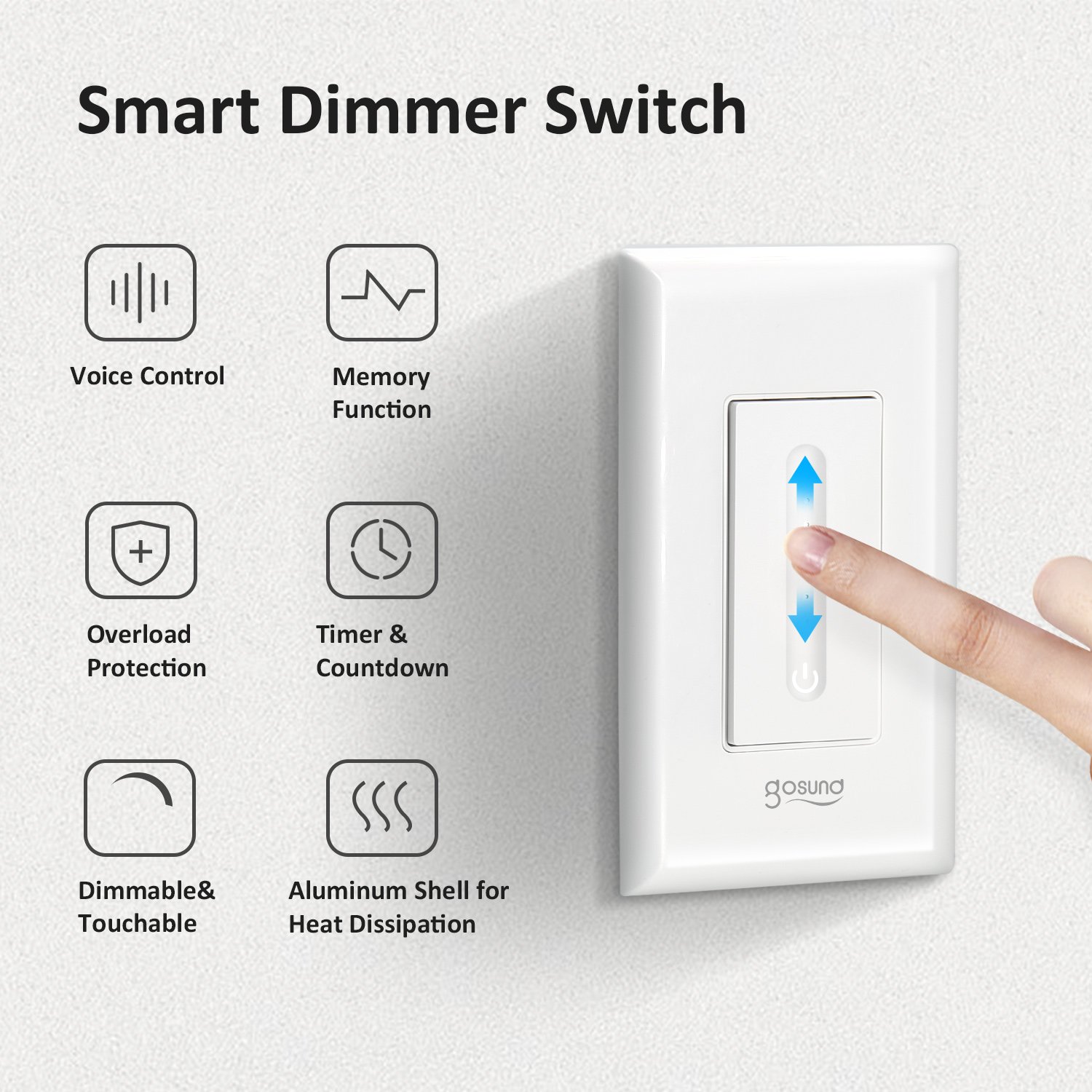 What are the most popular smart switches in 2022？

For example, for a smart light switch, the user only needs to say "Alexa, turn off the light" without even getting up from the sofa, and the light will go out. In addition, the smart light switch can also control the brightness of the light and turn it on and off through the application on the phone or voice assistants such as Alexa and Google Assistant. For users, smart switches are relatively easy to install, and there are hundreds of different types and brands to choose from. According to market feedback, these smart switches are currently more popular in the world.

The American GE C Start has a random design but powerful function
General Electric's C of the United States has a powerful combination of simple design and simple performance. The design of the plate shape may seem random, but it is not obtrusive or noticeable. In fact, it looks very pleasing to the eye. The control method is simply touch or drag gestures, and the tiny control panel looks more like a night light.

Both lighting time and remote control can be performed through GE C App, and the switch is also compatible with voice commands issued through Google Assistant or Alexa, and can provide a variety of different ways to control, including brightness adjustment. On its own, the adaptability of the GE C-Start smart switch is also impressive: it can automatically detect and feel the natural light in the area, and then automatically adjust the brightness of the light.

Ouches Lutron has powerful voice control
As far as smart lighting systems are concerned, this switch from Lutron is one of the easiest to install and most versatile switches on the market. In addition, it also provides a geofencing function, which means that the user's light can be automatically turned on when going home and turned off when leaving. You can also freely set the switch to turn on or off at a specific time in a certain day. The switch itself is very functional, different buttons can accurately indicate what the function is, switch the light or adjust the brightness. In addition, the Lutron switch is integrated with Amazon Alexa, Google Assistant and Siri to easily implement voice control functions.

Of course, Lutron needs a separate smart bridge to use all functions with any Lutron product including Caseta. Users can purchase a starter kit, which includes a smart bridge and remote control. You only need to link the bridge and router to control the lights through electronic devices such as smart phones.

TP-LinkKasa operation is simple and minimalist design
As part of the Kasa series of smart devices, the TP-Link Kasa Smart Wi-Fi Light Switch can be used for detailed schedule settings through the Kasa Smart application.

TP-Link Kasa Smart Wi-Fi Light Switch is a simpler switch than the above two. It is an excellent choice for those who seek a minimalist design, or like TP-link devices, and want to maintain the connectivity and integration of all their devices. In addition, the device also has a voice control option, which is perfectly compatible with Alexa, Google Assistant and Cortana. There is an instruction video in the Kasa app specifically designed to help homeowners install this switch by themselves. This is indeed what many smart switches should provide. 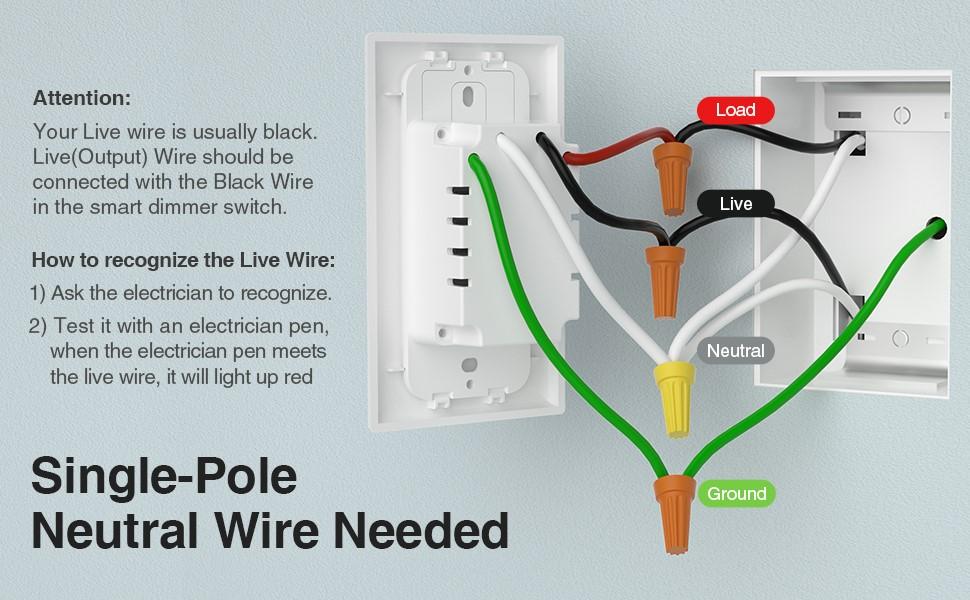 Gosund smart switch is the most cost-effective smart switch
If users want smart switches everywhere, then the best choice is of course to match the same style. Owning the same switch makes it easier to control the lights, and only one app is sufficient.

Gosund's four packs of smart light switches are very good value, and each switch only costs about $10. Users can install smart switches for the entire home, which is obviously lower than the cost of a switch of other brands. These switches do not require any hubs and can also be controlled by Alexa and Google Assistant's voice. Users only need the neutral wire to install these switches, and these switches can work under a 2.4Ghz network (not 5Ghz), and the installation process is not complicated. 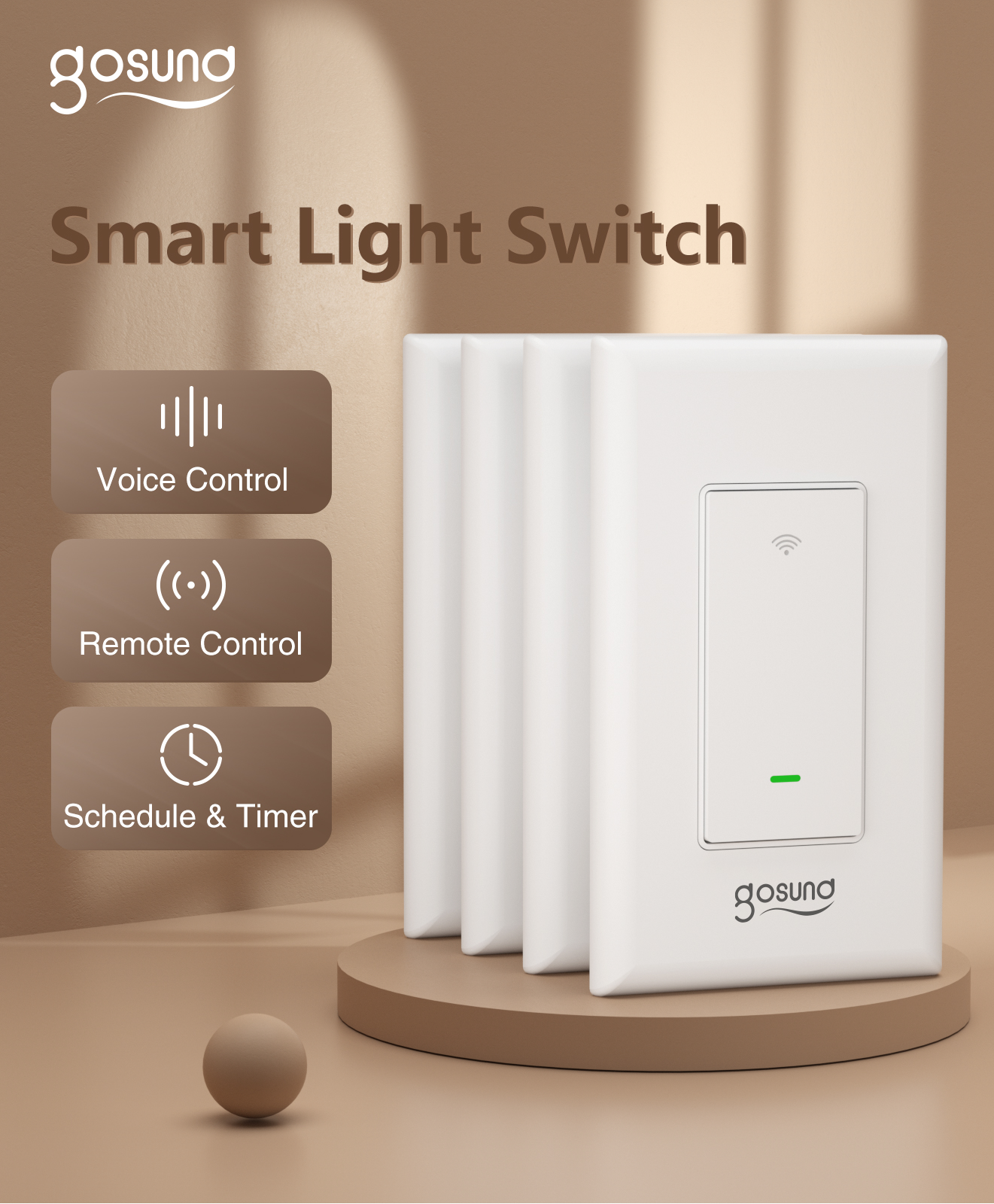 The above several smart switches can be said to have their own merits. Smart switches make people's lives easier and more convenient, especially today when the requirements for intelligence are getting higher and higher. Free hands and automatic dimming start with smart switches.